Almost 40 years ago, western cartoon studios started taking notice of anime, and it wasn’t long before it influenced cartoons now regarded as classics. The Japanese animation style was becoming more familiar to audiences, thanks to dubbed TV shows, and they knew almost instinctively that it was going to be big.

Whether they outsourced cartoons to animation studios in Japan, or their own artists incorporated stylistic elements borrowed from the genre, the results became known as Toonime. Some of the most noticeable elements used in those classic shows were malformed characters and melodramatic facial expressions. As time went on, the influence of anime was also found in the themes. It obviously worked, because the shows in the Toonime tradition are still regarded as cult classics today.

Based on the iconic role-playing game that got fuddy-duddy knickers in a twist throughout the 1980s, the American animated series Dungeons and Dragons ran from 1983 until 1985. It was a Marvel Productions-TSR production, and it was animated by the Japanese studio, Toei Animation.

It tells the story of six young friends who are transported to another realm by a magical amusement park ride. There, they meet the Dungeon Master, who gives them magical gifts. They must find their way home, which will not be an easy task, thanks to the one-horned sorcerer, Venger. Thankfully, the games at Spin Casino Canada won’t send you into demon-haunted dimensions.

Animated by Pacific Animation Corporation, which later became Walt Disney Animation Japan, cult cartoon ThunderCats made its TV debut in 1985. The American series tells the story of cat-like aliens who survived the destruction of their home planet by travelling to Third Earth.

There, Lion-O and the others must deal with the evil mutants from the planet Plun-Darr, as well as a mummified sorcerer named Mumm-Ra, who is beholden to the Ancient Spirits of Evil.

The American-Japanese cartoon Bionic Six was produced by Tokyo-based TMS Entertainment and initially distributed by MCA TV. The show’s chief supervising director was none other tan Osamu Dezaki, one of the country’s best-known anime artists. 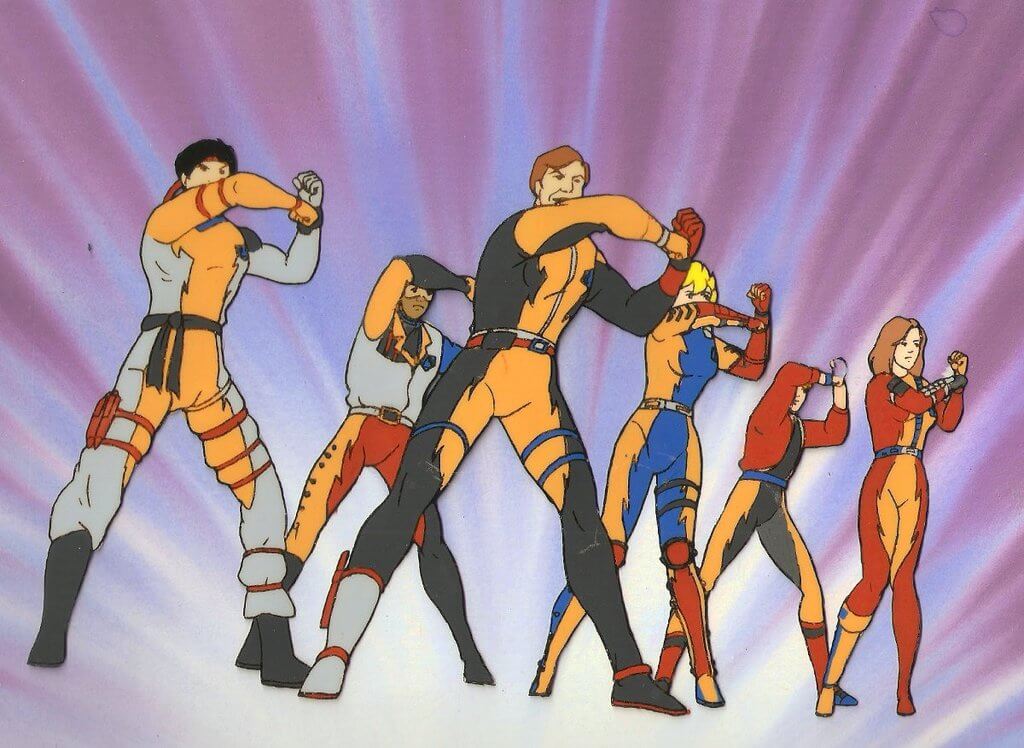 The animated series, which ran from 1987 until 1989, tells the story of a family that survive an avalanche caused by an alien craft. The only way to waken them from their comas is for Prof. Amadeus Sharp to implant bionic technology into them; something that turns them into superheroes. They then need to take on the evil Dr Scarab and his minions.

The Teenage Mutant Ninja Turtles made their TV debut in 1987. The show was produced by Murakami-Wolf-Swenson and a French company, IDDH. Jimmy T. Murakami, one of the founders of the American production company, was born in America, worked briefly at Toei Animation in Tokyo.

The animated series, the first season of which ran until 1996, follows the adventures of 4 mutant turtles who gained their anthropomorphic forms after exposure to a strange mutagen. Raised and educated by a humanoid rat sensei, they learn the ninja skills needed to battle Shredder, Krang, and the evil soldiers of the Foot Clan.