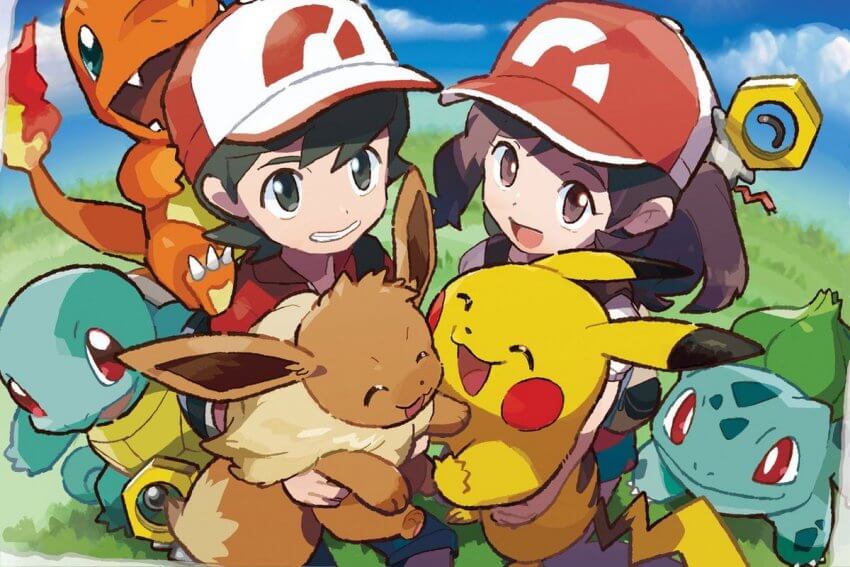 There are some things adults can enjoy and some that are aimed at kids, and then there are those that are suitable for both. But just like adult games has to offer, not all anime is appropriate for kids, so we’ve rounded up the top kid-friendly options for the little ones.

Yes, we know you love Pokémon too, but the series is actually aimed at kids, and its perfect for kid-friendly viewing. Abbreviated from the words ‘pocket monsters’ Pokémon offers hours of fun and entertainment from even the youngest age.

Another adult favourite but great for kids, Sailor Moon created by Naoko Takeuchi has been around since 1991 and it was made into a TV series in 1992. Its still airing and it remains hugely popular.

Just like Pokémon, Digimon is short for “digital monsters” and it features cut pet toys, manga, anime and a card trading game. It’s suitable for kids of all ages, and often a pre-teen favourite.

Yu-Gi-Oh! Or Duel Monsters in Japanese is a series from 2000 that was based on the manga written by Kazuki Takahashi.

A Japanese manga series that was written and illustrated by the legendary Masashi Kishimoto, Naruto is family friendly fun with a great message. It tells the story of Naruto Uzumaki and his honourable quest for recognition from his peers.

Another adult favourite that kids love too, Dragon Ball Z is produced by Toei Animation in Japan. It is the sequel to the Dragon Ball anime, and is based on 325 chapters of the 519 that make up the series.

Released in 2003, Sonic X is a Japanese manga that is based on everyone’s favourite Sega game hedgehog. It ties in with the video game franchise and follows the adventures of Sonic and his friends.

Written and illustrated by Takao Aoki, Beyblade, or Explosive Shoot Bleybade in Japan is an anime that was created to promote the Beyblade brand of spinning top toys.

This 1998 manga series centres on the story of an elementary school student that finds out she has magical powers accidentally. It’s fun and at times quite educational, so it’s a great option for kids.

The Powerpuff Girls were a huge hit when they first came out in 2006, and well over a decade later they still make for great viewing. The magical girl anime series always has a positive message and it’s wonderful for little girls who may not find traditional cartoons that much fun.

Avatar: The Last Airbender was aired on Nickleodeon for 3 seasons from 2005- 2008 and has now been remade as a live action remake on Netflix. This Asiatic-themed anime has a great storyline that promotes morals and integrity and is suggested for kids aged 7 and up.

Based in the Nintendo Dinosaur King video game, this 2008 anime is fun and action packed, and will keep kids enthralled, even if they are not familiar with the game that inspired the series.

While your kid is enjoying these, you could enjoy some of the best online pokies Australia and other regions have on offer.