Fans of anime know that the genre constantly references popular culture in Japan, but it certainly does not limit itself to the island nation. A closer look at reveals countless nods to western pop culture hidden in movies and series.

What is perhaps even more surprising is just how diverse those references are, as they include movies, music, celebrities, comics, and even fast food. Below are just a few examples of how writers, directors, and animators have created a bit of cross-cultural pollination.

The anime version of the manga series Pani Poni written by Hekiru Hikawa actually is famous for its use of parodies of Japanese and American pop culture. Pani Poni Dash! follows the antics of teacher Rebecca Miyamoto and the students in her home class, 1-C.

The show often includes references to the 1987 Stanley Kubrick film, Full Metal Jacket, and that is not all. The scene from Tim Burton’s Batman Returns in which Selena Kyle becomes Catwoman also has been referenced, as has a scene from South Park, in which a bus was seen on a cliff edge. Pani Poni Dash has also featured references to Terry Pratchett’s Discworld novels as well as Chuck Norris jokes.

Business Insider reported that, in 2016, One Piece was watched 1.9 million times per month; a fact that made it the world’s 14th most popular TV show. Produced by Toei Animation, the show is about Monkey D. Luffy, a boy who accidentally ate a piece of Devil Fruit. The fruit gave him the properties of rubber.

If he had gone into athletics, boxing, or another discipline, it would have made for awesome sports betting from mobile. Instead, he amassed a crew of pirates and went searching for treasure. The anime show has caricatured western celebrities and characters such as Eminem, Jim Carrey, Michael Jackson, and the Rocky Horror Picture Show’s Dr Frank-N-Furter.

The smash-hit series Dragon Ball Z, which tells the story of the heroic Goku, his son Gohan, his rival Vegeta, and their battles against android and alien creatures, introduced many fans to anime. The series also did not shy away from references to western pop culture.

One of the most endearing came in the form of the evil wizard Bibidi, his double Babidi, and the demon Majin Boo. Together, the names Bibidi, Babidi, and Boo refer to the 1950 Walt Disney movie, Cinderella, in which the Fairy Godmother sings, ‘Bibbidi-Bobbidi-Boo’ when preparing Cinderella for the ball. 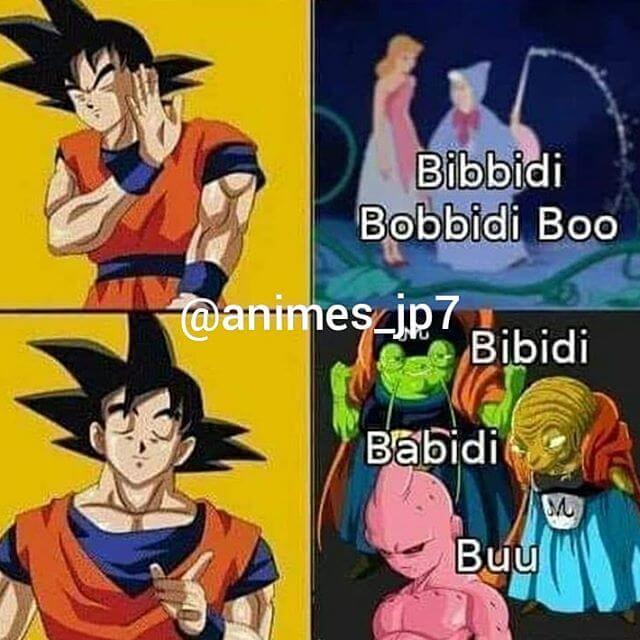 Most fans of Mahou Sensei Negima! know it as the story of Negi a 10-year-old graduate from a magical academy who is appointed as a teacher at a Japanese all-girls high school. However, one of his students is an enemy of his father; a fact that makes his life just that much more difficult.

One of the western cultural references in the show is when Albiero Imma uses the name Ku:nel Sanders in a tournament. It is a nod at none other than Kentucky Fried Chicken founder Colonel Sanders.