There aren’t many anime fans around that haven’t heard of the anime series One Punch Man. Based around the life of Saitama, an otherwise ordinary man who also happens to be the most powerful being in the universe, One Punch Man has become a true cult classic in the short time that it was released, and has since brought in endless droves of fans.

It’s also been universally praised for its action, story, and the incredible finales that would win even the most devout Dragonball Z fan’s heart. This is why One Punch Man is regarded by many as the perfect action anime.

When there’s no action happening on screen, One Punch Man comes across as nothing more than an ordinary anime. The artstyle, at first, seems perfectly average, and even the design of Saitama himself is about as unremarkable as they come. But when the fighting begins, the animators’ true skills start to shine. The action is incredibly fast-paced, fluid, and sequences that transition from one scene to the next in an amazing display of colour.

While there have been some truly one-of-a-kind shows that have transformed the world of entertainment, many series had been redone so many times that they began to stagnate, using the same tropes over and over. One Punch Man was created as a direct response to that, created to take the same, tired old tropes and reinvigorate them. It’s a satire show made with the highest possible skill, and one that proves that even the most worn-out tropes, specifically those of the Shozen genre, can be taken and turned into something brand new.

Saitama meets a young fighter named Genos, and he’s the perfect example of the average anime hero. But it doesn’t take long for Genos to realise just how powerful Saitama really is, and hopes to become his apprentice and learn how to be a great warrior. The problem is, however, that Saitama doesn’t actually know how he became just so powerful, only having done a specific type of training every day. And instead of teaching Genos how to fight, he instead helps him better grasp more human concepts, such as compassion, dedication, and when and when not to play here with a person’s emotions. 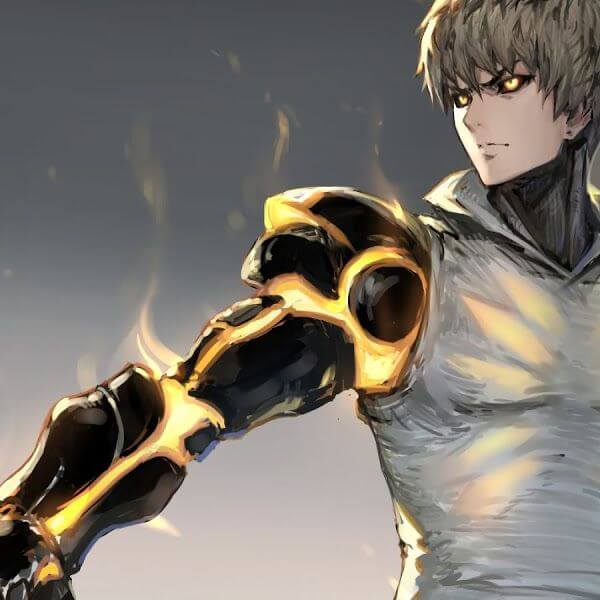 Many anime shows are known for being extremely drawn out, for having fight scenes that can last weeks, and even the best of them begin to stagnate after enough time has passed. This same rule doesn’t apply to this show, which reaches its finale in a relativity short period of time. The story told is done so in an organised and cohesive manner, and some anime fans might be shocked to learn that the end comes to quickly. But that’s the beauty of One Punch Man: it tells a memorable, funny, and genuine story in a way that makes it easy to come back to as many times as a fan wants.