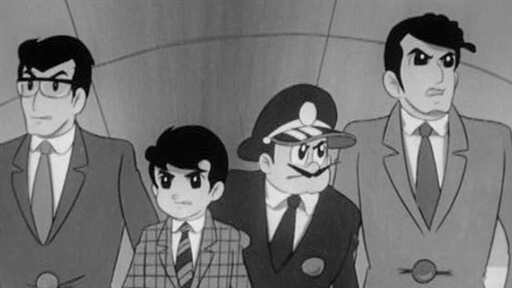 Despite its popularity only exploding in the last few years, Japanese anime has been in circulation since the beginning of the 20th century when the country was working to try and modernise their culture. While historians debate it, most agree that 1917 was the milestone for Japanese animation.

One of the oldest recorded pieces of existing anime film was produced during this year.

The Great Kanto earthquake that occurred in 1923 caused enough damage that some of the first anime productions ever made were destroyed forever. But over the years, a number of old films have begun to resurface, and many of them have since been digitally restored.

Many of these are worth checking out for those that have a minute spare after watching their favourite modern anime or playing online blackjack.

Known as The Pot in English, this was the first film from Sanae Yamamoto that was officially commissioned by the Ministry of Education. The film is a combination of classic tales rolled into one, with the plot that combines The Fisherman and the Genie from Arabian Nights, with a story of a fox and a lion.

The film, released in 1925, is 17 minutes long, and shot in black and white. It’s silent, although there are speech bubbles displayed between the characters.

Another piece from Sanae Yamamoto, Ubasuteyama took a year and a half to create, and received critical acclaim both from the audience and critics. At just over 18 minutes long, the film tells the story of a king that resided in the Shinano Province, and hated old people so much that he had them banished to an island.

When it was first released, the film sold 100 prints, and was bought by the Social Education Division of the Ministry of Education.

This was one of two movies that were discovered in 2008 from an antique shop based in Osaka. It’s a brilliant example of some of the first forms of anime to hit the big screen. It’s inspired by a Japanese folktale of a fisherman that travels to an underwater world on the back of the turtle.

The film, like many of the others, was produced in black and white and contained no sound.

This is the classic tale of the hare and the tortoise, and this 6 minute animated film uses exactly that as its inspiration. First released in 1924, it used a simplistic technique that involved lines that are set across unique backgrounds, with enough distinction in an art style that’s different from traditional Japanese animation.

It’s one of the earliest works from Sanae Yamamoto and was first produced by Seitaro Kitayama.

First created in 1917, Namakura Gatana is the oldest anime short film in the world. For many years, it was thought lost to earthquakes in 1923, but the film was discovered in 2008.

It’s one of the three works that are considered the precursors for much of today’s modern Japanese animation.