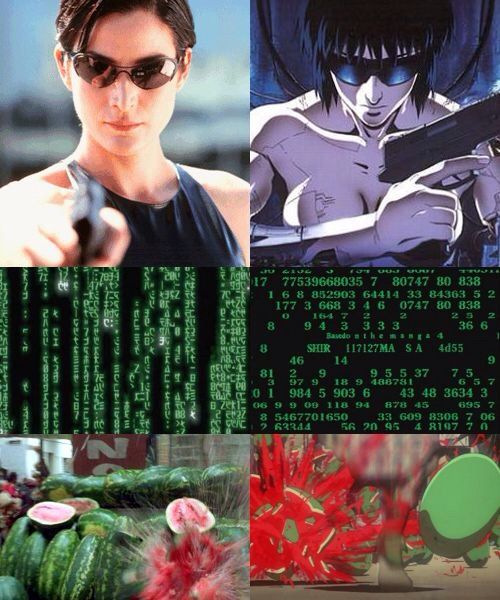 Edge of Tomorrow with Tom Cruise looks and feels a lot like an anime. This is partly because it’s actually based on Japanese manga property. Have you ever wondered what other Hollywood hits draw their inspiration from this Japanese art form?

The Lion King and Kimba the White Lion

Before the prevalence of the internet that allows us to play pokies games in NZ, check out books from a library in Russia, or order a meal from our neighbourhood bistro with a couple of clicks of a mouse, people weren’t as aware of animation from around the world as they are today. This is probably what Disney was counting on when they simply incorporated elements of Kimba the White Lion wholesale for their 1994 animated The Lion King film.

Created as a manga in the 1950s, Osama Tezuka is the man to credit for the original story. Kimba the White Lion was broadcasted into a series in the middle 1960s and even enjoyed US syndication! The similarities between the two titles goes so far as exact shots, but also includes identical characters and story elements that are indistinguishable from one another. In fact, Matthew Broderick thought he was working on a version of the Tezuka tale when he first got involved with the Lion King.

The Matrix and Ghost in the Shell

Unlike filmmakers who are uncomfortable about discussing their influences, Andy and Lana Wachowski could not have been clearer about what inspired The Matrix. They pitched their idea to Joel Silver, who ended up producing the Matrix films, by showing the 1995 cyberpunk action movie Ghost in the Shell and telling him that they wanted to create a live action version of that!

And that’s exactly what they ended up doing. From the green digital typography to the fact that characters enter into the virtual world by jacking-in via ports placed on the back of people’s necks, the similarities are endless.

As soon as something meets with any success people tend to come crawling out of the woodwork claiming it was stolen from this or that, and this is even more true when you’re talking about one of the most successful films of all time, Avatar.

James Cameron directed, wrote, produced and even co-edited this movie, and it became a target before it even hit theaters, with people comparing it to Ferngully, Pocahontas and even Dances With Wolves, albeit one set in space.

It was actually channelling Hayao Miyazaki’s Princess Mononoke, however, featuring as it did many of the animator, filmmaker, screenwriter, author, and manga artist’s signature motifs. These include issues of environmental degradation and strong female heroines. While these distinctions could also be attributed to Cameron, the films share a surprising amount of similarities on other levels too. Both feature a human intruder entering a society set in a wilderness, seemingly being chosen by the elements, falling in love with a female warrior, and ultimately fighting off human oppressors who want to mine metal out of the ground. 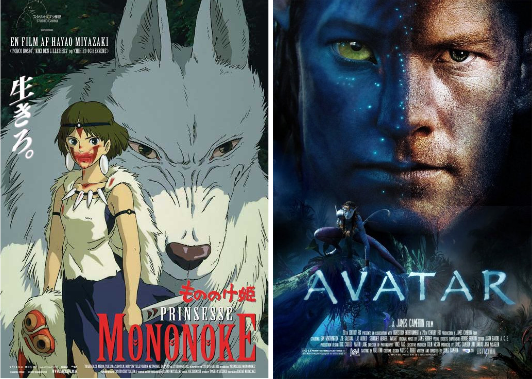