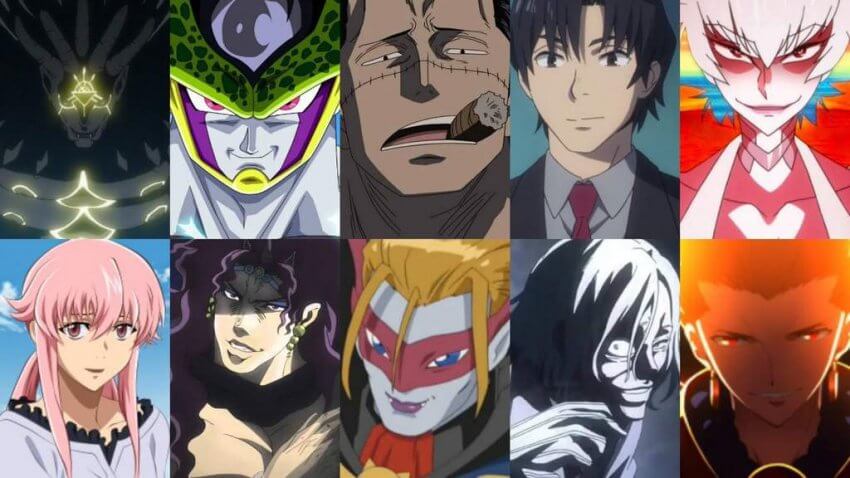 Every good story needs a bad guy – the ruthless villain who instigates trouble wherever they go, and who seems to thrive on the pain and misery of others. Luckily for fans, there’s no shortage of villains in manga. In fact, they’re often some of the most memorable characters of all. Go on, admit it – you love to hate them.

Here are our top picks for some of the biggest villains in manga.

Our top 5 manga villains in no particular order

This total sociopath of a person is an obvious one to head up our list of manga bad guys. Decades ago, this Nazi and former first lieutenant of the SS was specially chosen by the Fuhrer to lead an occult vampire solider project, designed to ensure that the Nazis would win the Second World War.

When he was thwarted, he went into hiding – but decades later emerged as the leader of Millennium, the fascist organisation intending to launch a new world war with the aim of fulfilling Hitler’s goal of the ‘Thousand Year Reich’. His only goal? Plunging the world into never-ending conflict. The bloodlust is real.

He might look like an innocent kid – he’s only eight after all – but his boyish façade hides a dark truth: he’s actually one of the biggest manga villains out there. Let’s see: he’s taken his entire school hostage, tortured and killed people, and even raped his own sister.

He gets his just desserts in the end which is just as well because he’s one of the most evil manga characters out there.

With her pigtails and doll-like appearance, manga newbies may be forgiven for thinking that Nui Harime is as sweet as she appears. But take a closer look, and you’ll realise that her eye-patch hints at the true nature of the teenaged Grand Couturier of the Revocs Corporation.

In fact, she’s a cold-hearted and sadistic killer who exacts torture and terror with a chipper disposition. She’s manipulative, cruel and petty – the perfect combination for an unforgettable manga villain.

Yes, we know – this is a controversial inclusion, because some people think of him as a manga villain, while others consider him an anti-hero.

What we know is that Light Yagami kills people – and seems to enjoy killing innocent people as well as the not-so-innocent. So, what say you? Cruel, heartless bad guy, or simply a misguided Death Light anti-hero?

Some consider Frieza to be a completely irredeemable villain; one for whom there is no hope of redemption. This power hungry, ultimate bad guy is evil through-and-through, showing no remorse for his sadistic ways when he launches attack after attack on Goku and the Z Warriors.

Manga fans may not love to hate Frieze: they may actually, genuinely hate him! But just like the best games online, he is awesome to watch. The fact that he commits all his atrocities out of his own free will, even though he is capable of reasoning and rational thought, is all the more reason for manga fans to loathe him.