There are a number of different animations which are produced and released all over the world every single year. Anime, which is the Japanese term that refers to the animations that are specifically made in Japan remains a hugely popular category in the genre.

It is said that the absolute first Japanese animation was created and released in 1917. Talking about the earliest well-known anime in Japan, Astro Boy (also known as Mighty Atom) was released in 1963 as the very first anime series which was broadcast on TV.

Approximately hundreds of new anime productions are aired on TV and distributed to the movie streaming platforms and every year. The number of must-watch anime is increasing year upon year.

The industry of anime has prospered substantially in Japan, partly as the country has other Japanese pop cultures such as manga, video games. and light novels. Some popular anime are adaptations of manga, video games, light novels in addition to other media. And anime has flourished worldwide so quickly, as anyone can access the Japanese animations with English dubs and subtitles.

With the wealth of new anime that is available at the moment, sometimes it’s nice to kick your feet back and then check out some nostalgic classics.

What was anime like in the 1980s as well as 1990s? Even though the animation was a lot grainier and far less crisp, series such as Cowboy Bebop and Yu Yu Hakusho conjure up that retro anime aesthetic and style which everyone loves.

Also, the stories were just as good as today’s anime. Cyberpunk anime such as Ghost in the Shell as well as Neon Genesis Evangelion are considered as some of the absolute best anime of all time. This proves that memorable characters and a great plot always trump fancy animation.

Guts is an experienced swordsman who combines forces with a mercenary group named ‘The Band of the Hawk’, w lead by the charismatic Griffith, and fights with them as they battle their way into the royal court.

A teenaged boy finds himself recruited as a member of an elite team of pilots by his dad.

The adventures of a young, roaming swordsman who stumbles upon a struggling martial arts school in Meiji era Japan. 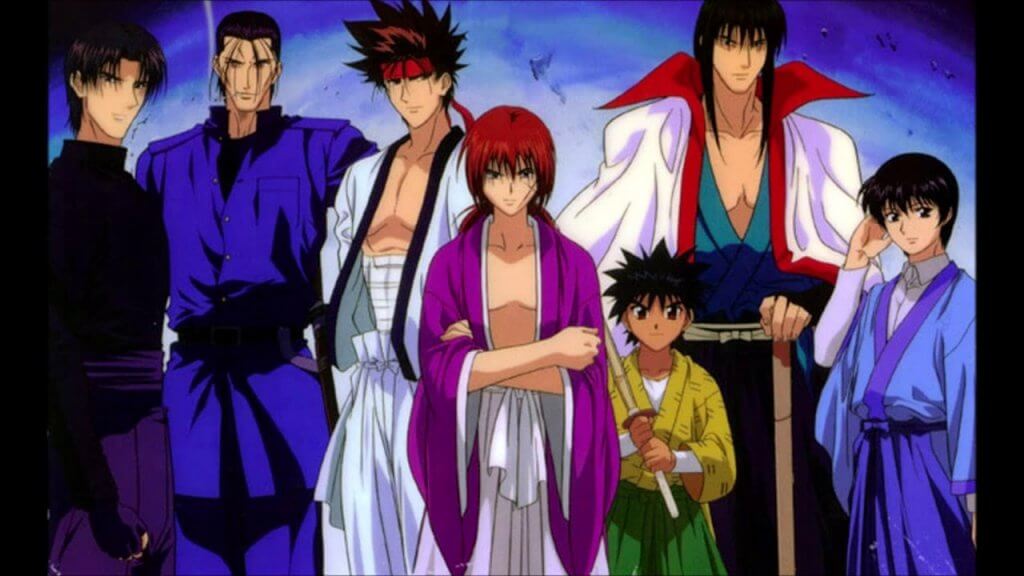 In the year 199X, human civilisation has been all but wiped out by a nuclear holocaust. In an era where the strong rule over the weak, the survivors of the fallout battle over the remaining supply food as well as water left.

Kenshiro – who is a successor to an ancient, deadly martial art that is known as Hokuto Shinken (Fist of the North Star) – roams the wasteland with seven scars in the form of the Big Dipper on his chest.

This notorious style utilises the body’s hidden 708 pressure points in order to destroy opponents from within and gives practitioners the opportunity to unleash 100% of their humanly strength. Together with a young thief as well as an orphan girl, this messiah brings about justice to this lawless world with the greatest fist in the world.