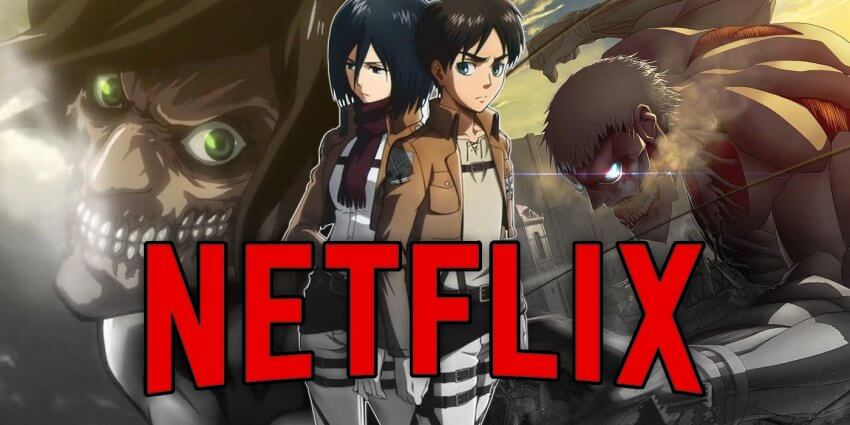 Next to sushi, anime is, without a doubt, one of Japan’s most popular exports. While previously something that only appealed to a select few, over the past couple of years, anime has grown in popularity. In an article published on the CNN website in 2019, in 2017, anime sales topped $19.8 billion, which was largely driven by sales from the overseas market.

Streaming giant Netflix has become the mainstream home of anime and is known for its original content that is featuring more and more Hollywood A-listers. With more and more channels adopting the streaming model, the mainstream shows that they’ve relied on bringing in viewers are being taken inhouse, so to speak. This means that Netflix has decided to become the home of anime, according to an article on Business Insider, to compete against the likes of Disney.

So, if you want to check out what all the fuss is about anime – but don’t know where to start – here is a list of must-watch anime shows on Netflix.

The first on our list in the series Robotech. It is a combination of three series Super Dimension Fortress Macross, Super Dimension Cavalry Southern Cross and Genesis Climber MOSPEADA – and came to the States in the mid-80s. If you enjoy movies such as Top Gun and Transformers, then you’ll love this one!

Gargantia on the Verdurous Planet

This show revolves around Ledo, a soldier, who grew up on another planet. He is sent to Earth – a place which he believed was a myth – and has to learn a new language in order to communicate with the humans on Earth.

The subtext of Gargantia is climate change and that if we are to avoid destroying our planet and being ‘evicted’ we need to do something about our behaviours – and fast. So, if you enjoy Battlestar Galactica and Waterworld, you’ll enjoy this show.

Fans of the Harry Potter franchise and Hocus Pocus will love this show as its full of the spells and gaming fun we love. It centres around the main character, Akko, who is at a witch school for girls. However, because she is not a born witch, she has to work twice as hard to get anywhere.

Unfortunately, she doesn’t always get her spells right and her classmates often bear the brunt of it – by getting furry tails or animal ears because of a spell that goes wrong!

This show centres around Light Yagami. In Death Note – which spans 37 episodes – Light Yagami kills people by writing their names in a magic book. He remains on the loose until L – who is a genius investigator – decides to start hunting him down. Fans of the Silence of the Lambs and Sherlock Holmes will love this.

So, if you want to try something different – and like animated films but have had enough of ‘traditional’ cartoons – have a look at Netflix’s wide range of anime offerings. You’ll probably be pleasantly surprised in terms of how much you enjoy them.