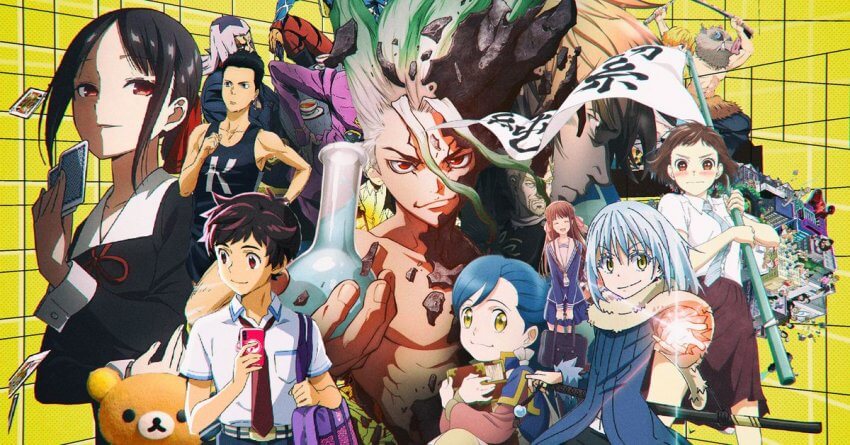 The Western world often gets the difference between anime and manga mixed up, or doesn’t even know that there is a difference. The two are definitely linked, but they are completely different storytelling mediums. Manga is the comic book or graphic novel format and anime is the cartoon television show or movie.

As mentioned, the two forms of storytelling are intrinsically linked. For one, they come from the same creative mind – Osamu Tezuka is credited with creating both forms and has often been called the Japanese Walt Disney due to his contributions to the art forms. This is probably why the stylization of the two are so similar and people not in the know often use the terms anime and manga interchangeably.

As it is with so many cases out there in the storytelling world, the book is usually better than the film. Fans of manga tend to say things like the comics are more original than the movies or the television shows. This is because a large amount of the anime out there is adapted from a manga storyline and characters. Purists will always love the original more because it came first.

The thing with manga is that it is often quick content that is meant to be consumed weekly. In many cases, there is just one mangaka – the illustrator and the author – who then self-publishes the comic. To some, the fewer people involved in the creation of their favorite manga, the better. These self-published comics can become highly sought after and quite pricey.

Why So Some People Prefer Anime?

There is some debate over what the word anime can be attributed to. To some, anime can only be called that if it comes from Japan. To others, it’s a case of if it looks like anime and follows the general rules for style and content, then it can be called anime regardless of where it comes from.

No matter your conclusion on this debate, the reason some people far prefer anime to manga is that it allows for more, just like smartphone options for all to enjoy. Animators can create actual movement and include audio elements of storytelling to complete a more realistic world – albeit in the highly stylized look and feel of anime. Those who prefer anime love the extra work that goes into creating a story and aren’t looking for the constant next fix of next week’s comic book.

It is true that a lot of anime is adapted from existing manga stories. This is largely because the producers like to work on a sure thing. If they are going to spend a lot of time and money on a film or a TV series, they want to know it will be a hit.

This is why they take well-known and well-liked manga and turn them into anime. It will already have a following and the name is already familiar to the world. The cheaper production costs of manga make it far easier to be original and try something new.