For years there has been a hotly contested debate as to what type of animation is better – Japanese or American? While some people love the Japanese anime style of animation, others prefer the clunky more commercialised American version.

At the end of the day it does come down to personal taste, but to help you decide we’ve outlined the differences between the two.

Perhaps the biggest difference between American animation and anime is the target audience, and the content created to attract this audience. In America, cartoons and animated content has always been geared more towards children, with safe but sometimes risqué jokes added here and there to keep parents amused.

But Japanese anime is designed more for adults and often depicts graphic violence, raunchy sex or other very adult topics. While there is some anime designed for children and there are many child-orientated series, there is also plenty of adult anime, some of which even carries an 18+ age restriction, much like political betting in Australia does.

Interestingly, some children’s anime has become hugely commercial in the USA and it’s been adults who have been drawn to it. Even Pokémon has a global appeal, with its storylines and games spanning all generations, and attracting viewers of just about every demographic.

Anime differs most clearly from its American counterpart in its design of human characters. Hallmarks of the Japanese style of animation are the distinctively large eyes with reflections, the detailed colour and the small noses and mouths drawn with minimal detail. Anime makes use of flowing, attenuated lines and sharp angles, and while facial features may be basic, they pay a lot of attention to other details like eyelashes, hair and clothing.

American animation on the other hand either attempts full on comic-book-style realism, or the grossly exaggerated comic book characters with round, very exaggerated features. Fewer details are used overall, and more focus is put on using tricks of style to create a character and their expressions. 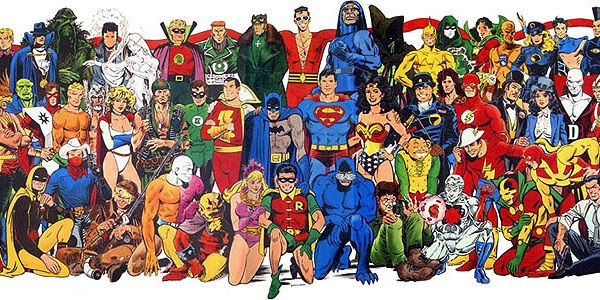 American animation uses a great deal of animated motion, and each frame features sequences that link together to keep the characters continually moving. In contrast, anime has a more pared down approach to motion and long scenes are often filmed where only slight movements are featured, such as hair moving in the wind, or a mouth talking. Some see this as laziness, while others prefer the more direct approach and view it as an anime characteristic.

Japanese anime makes use of exaggerated angles and perspectives and tends to zoom in to make a scene more intense, and to illustrate actions in their most extreme way. American animation utilises more head on camera shots and is less concerned with dramatics and angles and more intent on clearly depicting the action or event that is taking place.

It’s these 2 differences that really sum up each style, as the way the scenes are shot sets the tone and creates the atmosphere.